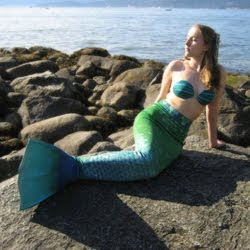 Keep on swimming!
Posted by CourtneyMermaid at 12:41 PM